You thought there were no zebras or elephants in the Mediterranean? Guess again!

The Brijuni archipelago consists of 14 islands and islets known for having the most diverse plant and animal life of all of Istria. Brijuni attract with their scenic beauty, and spending a day at this Croatian national park is a truly unique experience. The largest and the most visited island is Veliki Brijun where you can take a trip to the safari park, come across dinosaur tracks, and see delightful mouflons wandering around.

A mix of Mediterranean and exotic plants

Brijuni’s vegetation really enriches Croatia’s overall biodiversity. There are more than 600 domestic plant species on Veliki Brijun island alone, with maquis shrublands and holm oaks being the most common ones. Many are fascinated by the fact that there’s quite an abundance of marine poppies and wild cucumbers on the islands, since those species are rare to find in other parts of the Istrian Peninsula. Equally captivating is the evergreen shrub of the strawberry tree, but don’t be fooled by its appealing name! If you eat too much of its berries you could end up with digestive disorders. Even the Romans knew its intoxicating effect and called it unum tantum edo, or I eat only one. 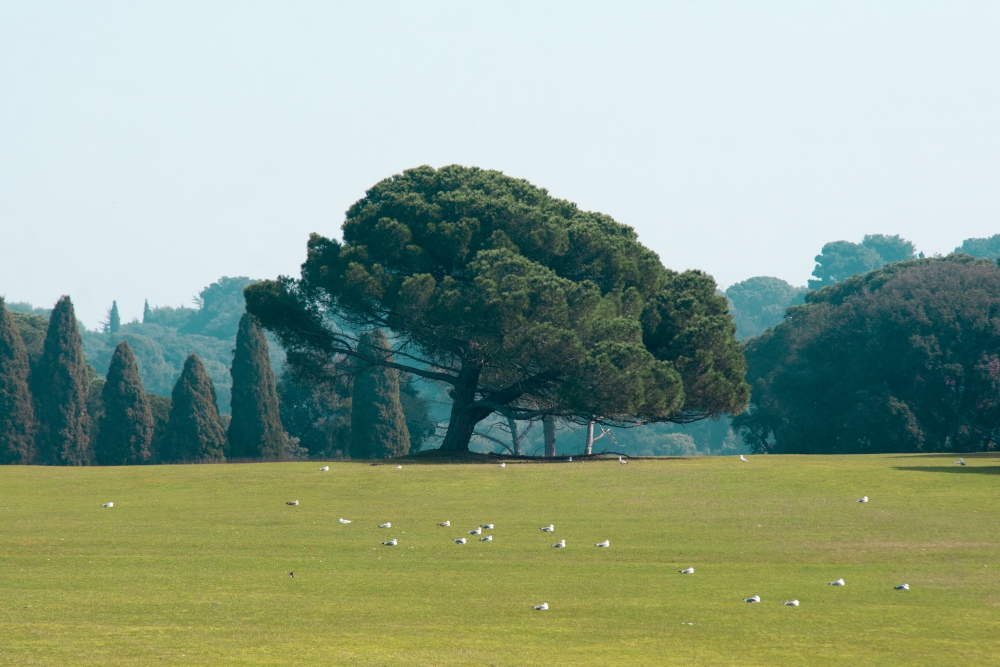 Most of the archipelago’s flora has typical Mediterranean characteristics, but there are some interesting imported species as well. The stone pine, eucalyptus and sequoia are just some of the plants you won’t see in other parts of Croatia. When walking through this landscape, your eyes will also be drawn to the extraordinary solitary trees, the kings of Brijuni’s grasslands. Their specific crown tops, reaching up to 20 metres, are shaped by deers feeding on their leaves.

Deer is not the only animal you can see hopping around the vast meadows. Hares, fast-running mammals resembling large rabbits, and mouflons, a kind of a wild sheep with curved horns, found a perfect home in the Croatian national park. If you visit the islands at the end of the summer, you could even witness numerous widgeons and ducks resting on Brijuni on their way to the south.

There’s also an unusual combination of exotic species from South America, Africa and Asia that lives on the northern edge of Veliki Brijun. It’s the Brijuni safari park, an enclosed area of over nine hectares where elephants, llamas, zebras, camels and ostriches form a happy community. The park also has a domestic part where you can see goats, donkeys, Istrian sheep, and the famous Istrian ox, boškarin.

Among the most interesting inhabitants of Brijuni islands are the ones who walked on it over 125 million years ago — dinosaurs. Footprints of the reptile that dominated the Earth during the Mesozoic were found at four different sites of the Brijuni National Park. You can clearly see the marks of the Theropod, a three-toed seven-metre tall carnivore. 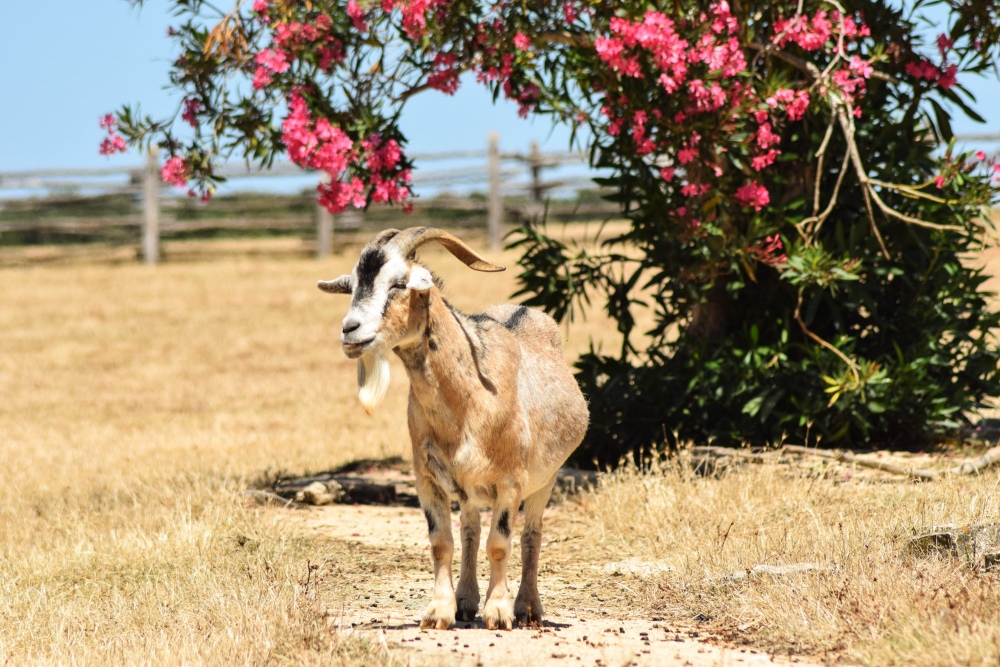 Other wonders of the Istrian Peninsula

Istria has always been known for its beauty, and Brijuni National Park surely contributes to it. But the peninsula’s nature is more than just nice to look at. Its soil is perfect for the growth of the Istrian truffles, an underground fungus harvested by the specially trained truffle hunting dogs. Among four different kinds of truffles, the White truffle is the most exclusive one, luring gourmets around the world with its nutty and earthy aroma.

Is your mind already ordering a classic beefsteak with truffles and a side Istrian pasta, fuži? Book your holiday and try this or other typical Croatian meals in one of the Šimuni restaurants! And, of course, plan a day trip to one of the jewels of Croatia — the Brijuni National Park.