Croatia’s top tourist attraction is a sight to behold with history to match.

The magnificent palace of emperor Diocletian is one of the most beautiful (and best-preserved!) remains of ancient architecture in the world. It takes up almost the entire old town of Split, Croatia, and it has some interesting facts that are good to know before visiting!

Emperor Diocletian built this stone beauty at the turn of the 4th century. Considering the impressive natural beauty of Dalmatia, it really isn’t any wonder why he chose the coast of the then Roman province the be location of his summer residence. However, the Split palace grew to become a gigantic structure that contains not only the residential area, but also many buildings built for housing military garrison.

If your idea of an ancient palace resembles a museum, guess again! The area of the Roman castle is now the heart of the city, and more than 3.000 people still live among these historic old walls. With many bars, restaurants and shops, the area of the palace is as alive as it was 1.700 years ago, and the centre of city life is still the same main plaza called Peristil. 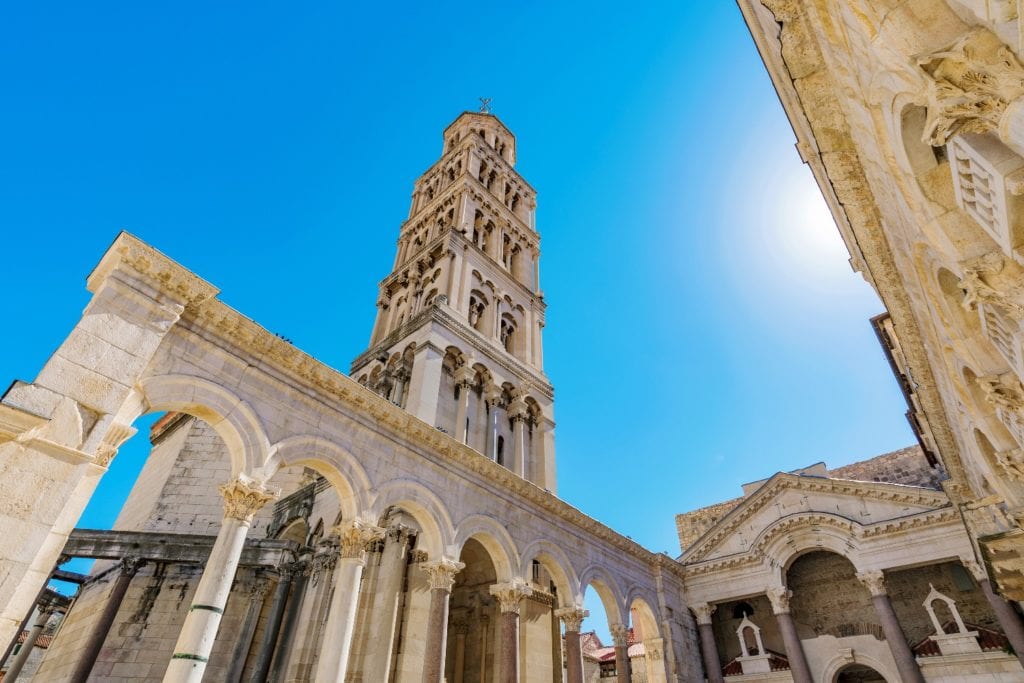 Since it’s an integral part of the city, Diocletian’s palace doesn’t have an entrance fee except for the basements. However, those are well worth the ticket, especially if it’s autumn or winter and you’re looking for activities to replace swimming and beach-lounging.

These haunting, yet beautiful ancient cellars mirror the structure built on the surface and they were mostly used for storing food and amazing Dalmatian wine. The emperor was scared of being killed in his sleep, so he built the cellars to have such perfect acoustic that he could easily hear anyone sneaking through. Good thing he did, because today they serve as a place for concerts and art exhibitions, but also as a filming location!

Yep, if the cellars seem familiar, it’s probably because you’ve seen them on TV, pictured as a holding place for certain famous dragons. Diocletian’s palace basements served as a Game of Thrones filming set, as did the Klis Fortress and many tiny streets in the rest of the old town.

Diocletian’s palace was chosen for Game of Thrones because of the look and feel of the entire area. Most of it is built from a specific type of beautiful white stone from the island of Brač, and a walk through any random street takes you back to ancient history — or even a fantasy world with dragons. Quite the Instagram backdrop, don’t you think so? 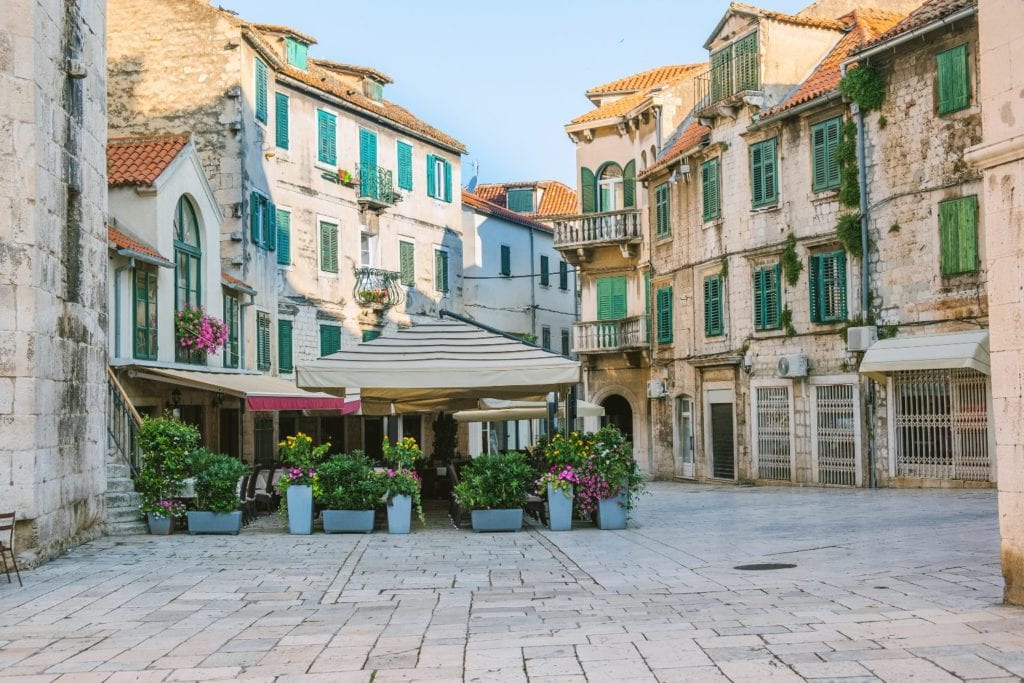 If you were doubting whether or not to go, you’re probably convinced that the region of Dalmatia has a lot to offer, both during high and off-season. Aside from delicious traditional cuisine and cute spotted dogs from the popular movie, it’s also famous for the many gorgeous historical sites such as the ancient Split palace. Book your stay in Camping Village Šimuni, enjoy the unforgettable events of the camp and then set off on your exploration of Dalmatia!