Find out more about this historical beauty that dates back to the 1st century.

Beautiful as it is, the Istrian peninsula can be quite a troublemaker for tourists. Between the charming, picturesque towns, delicious wine, historic attractions and exquisite, world-renowned truffles, it is difficult to choose among the numerous things to see and experience during your stay in Istra. However, there is one spectacular sight that everyone agrees should be a number one priority for all visitors: the magnificent Roman amphitheatre Arena.

A trace of history

In ancient times, Romans ruled the area of Western Balkans inhabited by Illyrian tribes. They established various cities along the Adriatic coast and the Pannonian inland, and one of them was the small dot on the map with the words Pula, Croatia next to it.

The Pula amphitheatre was first built from timber during the rule of emperor Augustus at the turn of the era. With the city growing and becoming the administrative centre of the region, the emperor Vespasian decided to rebuild it into a great arena for huge spectacles, such as the famed gladiator fights.

Thanks to the trusty local limestone that this landmark was built from, it remained incredibly preserved and is now the sixth biggest Roman arena in the world, but the only one with four side towers and all three Roman architectural orders. 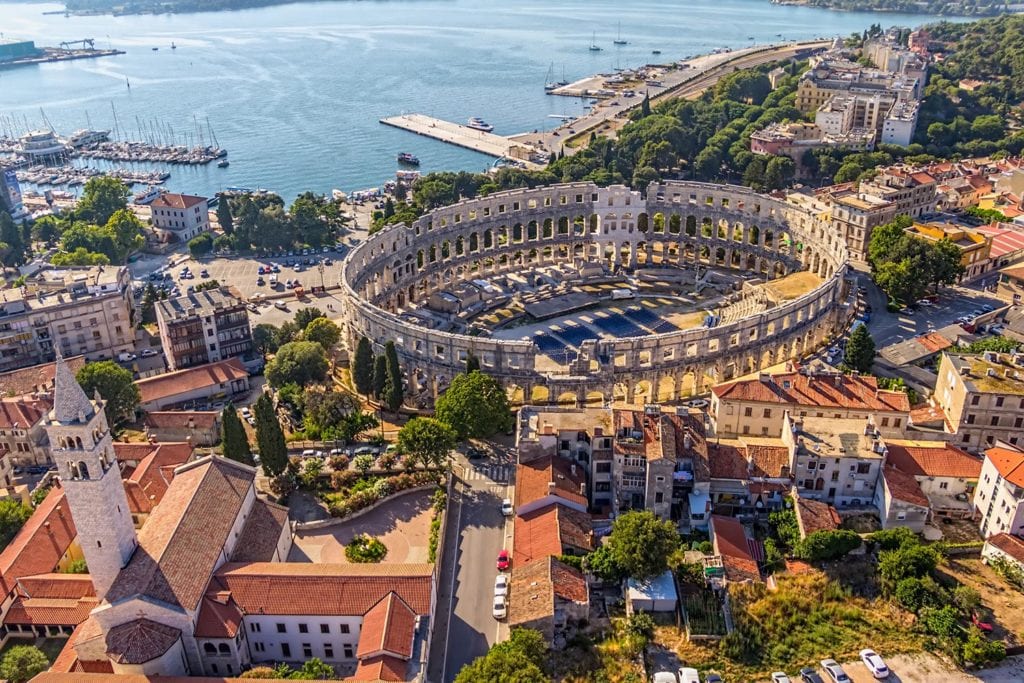 Just a single step inside the Pula Arena instantly takes you back to the times of the violent spectacles that happened there. The 20.000 spectators who fit in the amphitheatre cheered as the armed combatants called gladiators fought till death. Most of them were former slaves and criminals, but some were free citizens who volunteered for a chance for eternal glory. Even some emperors fought as gladiators, and there is also proof that women sometimes entered the games!

One of the best-known stories about these tournaments is that the audience decided about the fate of the losing gladiator with a single motion of their hand — thumbs up meant life, and thumbs down indicated a not so pleasant death for the fighter. However, in spite of what you have seen in Ridley Scott’s blockbuster Gladiator, many scholars claim the opposite, believing that thumbs down signalled “swords down” and that the fighter should be spared!

Where gladiators once fought for glory, others now fight for the applause of the audience (luckily, with less blood spilt). Arena is now among the most beautiful concert venues in the world, hosting top class artists such as Luciano Pavarotti, Norah Jones, Elton John, Leonard Cohen, Andrea Bocelli, Grace Jones and David Gilmour, to name a few. 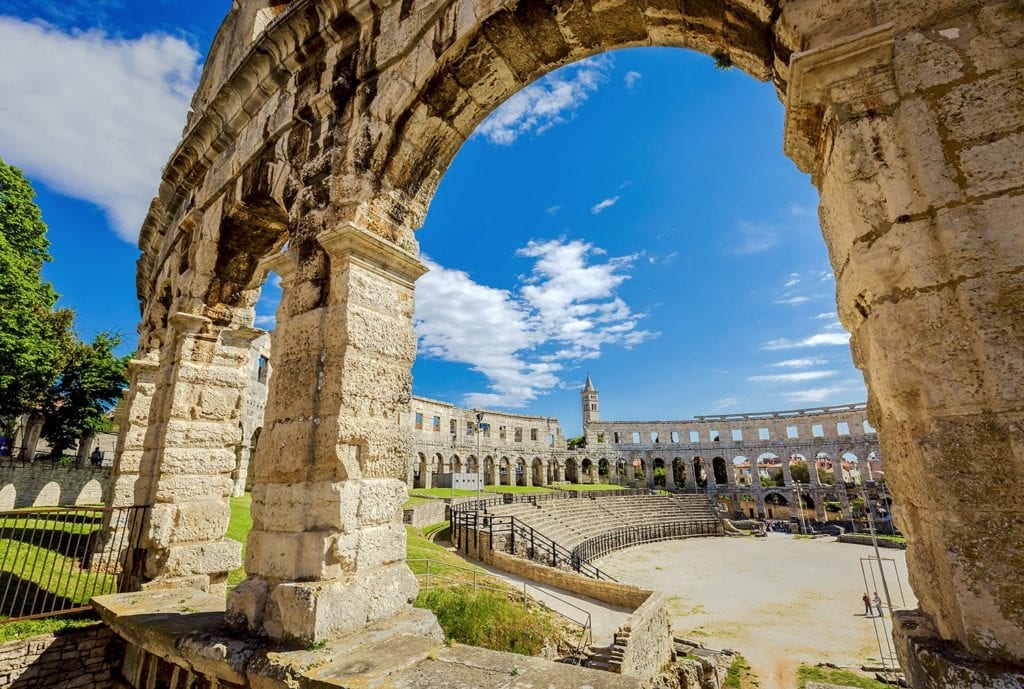 Apart from concerts, one of the most exciting things to do in Pula is experiencing the acclaimed film festival held in the ancient arena every June or August. If you happen to miss the big event, try to visit the Pula amphitheatre during Spectacvla Antiqva, the weekly events that recreate the historical gladiatorial combats.

Book your stay at Camping Village Šimuni, try the luxurious truffles at our fabulous restaurants and get inspired to go on your very own exploration of Istria and its historical landmarks!