Even National Geographic called it one of the "world’s top trekking destinations". Via Dinarica will certainly give you an adventure of a lifetime!

Via Dinarica trail is one of Europe’s most unspoiled hiking routes. This mega-trail spans 1,930 km, connecting seven countries from Slovenia to Albania and offering off-the-beaten-track adventure that you’ll remember forever.

The Dinarides extend in parallel with the Adriatic coast, providing magnificent views and, besides world-class hiking and cycling, they also provide skiing and rafting, among other activities. The best time of the year for hiking and cycling is the summertime, with June and September being the best months, for the weather is still not too hot for the challenging outdoor activities.

The Blue Trail of Via Dinarica offers you a chance to explore Croatian Adriatic coast and experience some of the most magnificent views in Europe. It extends as far south as Dubrovnik, going in and out of Bosnia and Herzegovina along the way, linking picturesque Croatian islands Krk, Rab, Pag and Mljet, as well as Istria and Pelješac, the two biggest Croatian peninsulas.

This trail will take you through three stunning national parks (Paklenica, Krka, Mljet) and four equally breathtaking nature parks (Učka, Velebit, Vransko jezero, Biokovo). Biokovo mountain is also home to Croatia’s second highest peak, Sveti Juri, at 1,762 m. Be sure to also follow the trail into the canyons of the beautiful rivers Zrmanja and Cetina.

On the border between Croatia and Bosnia and Herzegovina lies the highest point of this trail, Mt. Dinara. It was named by the same ancient Illyrians that fought the Romans, and the name served as an inspiration for the name of the Dinaric Alps and Via Dinarica.

Much of Via Dinarica in Croatia runs along the Velebit mountain range, the largest protected area of Croatia, that’s towering over the Adriatic Sea and offering opportunities for mountain biking but also climbing and caving. It connects Risnjak, North Velebit and Paklenica National Parks, as well as both Croatian strict nature reserves, Bijele and Samarske stijene, and Hajdučki and Rožanski kukovi.

Since this line links the most attractive and challenging Croatian mountains and peaks, it is recommended to the experienced, well equipped and well informed mountaineers. 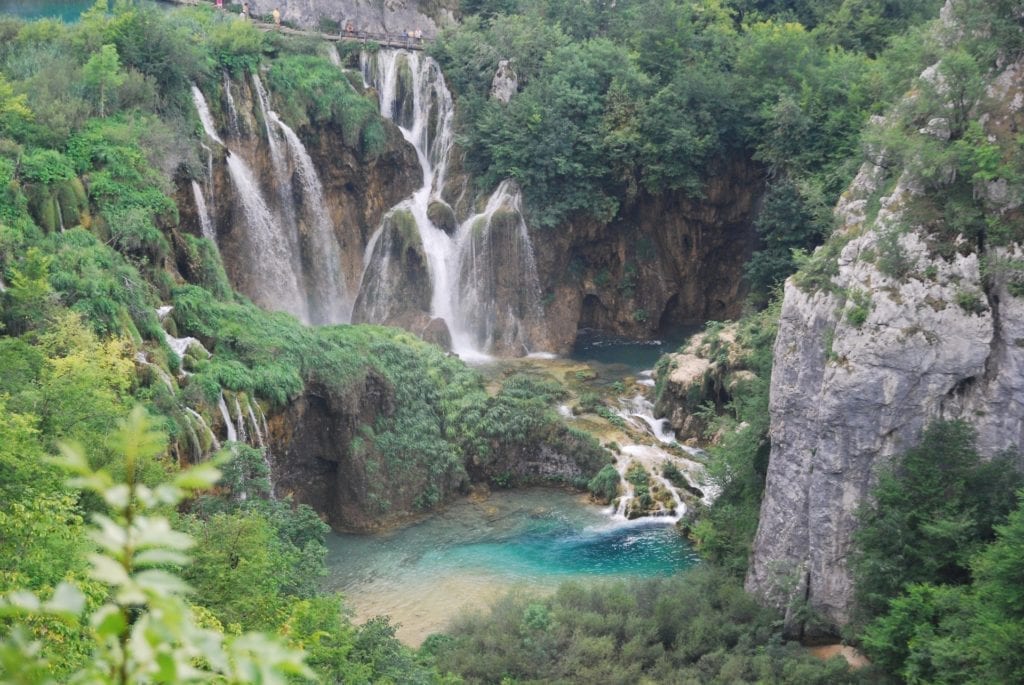 If you are looking for a less demanding hiking trail through the greener parts of Croatia or more opportunities for cycling, then we recommend you take the Green Trail. It winds through some of the lower mountains of the Dinaric Alps, connecting hidden picturesque sites of the regions of Gorski kotar and Lika. Plitvice Lakes National Park is the most beautiful part of this line and one of the most recognizable symbols of Croatia, a true wonderland both in summer in all its green glory, and in winter when it turns into truly wondrous frozen landscape. It is one of the oldest and the largest national parks in Croatia, also added to the UNESCO World Heritage register in 1979.

Camping Village Šimuni is an ideal location for your holiday from which you can set out to explore the trails and hidden gems of Via Dinarica.