Island of Rab: Discover its spacious sandy beaches and a medieval past

Whether you spend your day immersed in its history or soaking up the sun at one of its beaches, Rab will make you want to visit it again and again.

Among dozens of islands in the Gulf of Kvarner sits Rab. This Croatian island has it all — rich history, medieval festivals, street artists, famous inhabitants and pretty nature bathed in more than 2.600 hours of sunshine a year.

Rich in history and richer in culture

Like many islands of the Adriatic, Rab has a past that reads like a plot of an exciting novel. Its beautiful nature and closeness to the mainland made Rab the Adriatic gem everybody wanted to have. The first people who could call themselves Rab’s residents were the Illyrians. Two centuries later the island’s true glory days began, as Romans made it the centre of their Empire on the east Adriatic coast. The number of people recognising its strategic position and wanting to reign over it grew — among them were Croats, Venetians, Habsburg Monarchs and Napoleon. 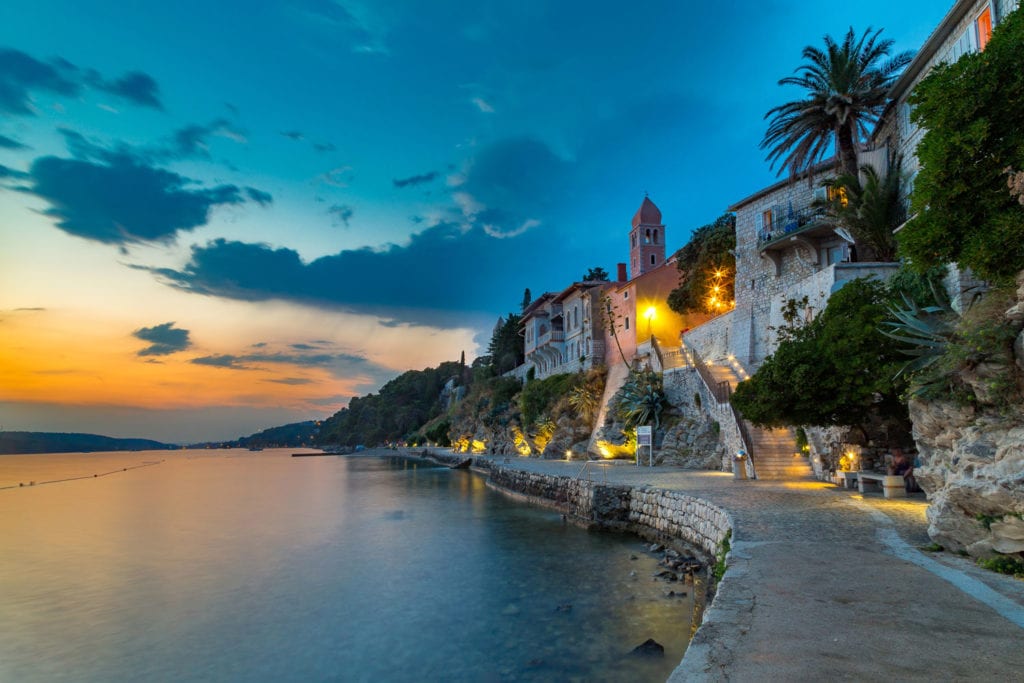 The result of the island’s rich history can be seen in its eclectic architecture, so if you want to see gothic, romanesque and renaissance style of buildings you can just walk through one of its streets. If you were to ask Rab’s residents who was the most famous person living on these streets, many would say St. Marino. The gentleman moved from the island of Rab to the Apennine peninsula in the 4th century and started a republic. Yes, we’re talking about San Marino!

Besides a picturesque history lesson, the streets of this vibrant island offer a lot more. Open ateliers and street exhibitions will make your eyes wander from artist to artist during the whole summer, but the real peak happens in late July. Rapska fjera is the medieval festival that lives up to all of its hype. During the festival, Rab’s centre becomes flooded with artisans and crossbowmen showing off their skills and products.

Beaches for each taste

The island offers many historical sights worthy of admiration, but Rab has even more enchanting sandy beaches, some of the most beautiful in Croatia. The island’s coast is decorated with 30 sandy beauties that make wishes of even the most demanding visitors come true. 2–kilometre long vibrant beach, solitary cove, a dog beach, naturist beach — you can put a checkmark beside each.

Rajska is the best-known beach and its name (“rajska” meaning “heavenly” in Croatian) tells you how you’ll feel when you visit it. It has crystal clear water, warm and shallow sea and it’s great for the entire family. You can be sure of the latter as it has been awarded the Blue flag which confirms its high quality of water, preservation of natural surroundings and safety.

Some parts of the island are reserved for nudists. Popularly called “the island of love”, Rab has many naturist beaches, the most popular ones being Sahara, Stolac and Ciganka.

Deciding on the most beautiful part of the island is a tough job, but many would choose the Kalifront peninsula. Breathtaking coves and bays hidden in lush pine forests are a sight you don’t want to miss.

Did we manage to persuade you to visit this Adriatic pearl? We know we don’t have to ask twice. Luckily, Rab is our neighbouring island so you can visit it straight from Šimuni by taking a 20-minute boat ride. The only thing left to do now is to book your stay!